A century-old family business: wine and vermouth Martínez Lacuesta. The family business, Bodegas Martínez Lacuesta, founded in 1895 and present in 25 countries, was born in Haro at the end of the 19th century.
We can proudly say that next year we will be 125 years old. All the shareholders that make up the social mass of the business belong to the third, fourth and fifth generation of the family, says the CEO, Luis Martínez Lacuesta.
With him to dialogue with the tenor that this winery has reinvented vermouth, creating the first version aged in barrel. 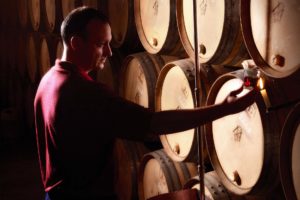 Where do you get the passion or love for vermouth?

A: In some way, it has been inherited since we began to elaborate it in 1937.
In our house there has always been talk of vermouth and it has been consumed.
Once incorporated into the family business, our concern to innovate and try to be different, made us experiment with aging barrels applying our knowledge in wines.
The result was our “Reserve Vermouth”, in its different versions. Now we are concluding an interesting vermouth sweetening project with Stevia. The results will be in the market after the summer. We do not stop innovating.

How and where is Martínez Lacuesta born?

A: Martínez Lacuesta is a family winery that was born in Haro, at the end of the 19th century, in 1895.
We can proudly say that next year we will be 125 years old and that all the shareholder that makes up the social mass of the business belongs to the third, fourth and fifth generation of the family.

What are your most emblematic or unique vermouths?

A: For me, my favorite is the “Reserve Vermouth” aged 7 months in French oak barrels.
It is balanced, complex and combines all the characteristics of a vermouth, bitterness, sweetness and that light toasted touch of wood.

What qualities should a good vermouth have?

A: Vermouth is an aromatic beverage, sweet and, however, bitter. All this must be present in a good vermouth, in which the balance between all these qualities marks its distinction.

Is there a culture by and for vermouth?

A: I think so and that, fortunately, in Spain we are experiencing them intensely in the last 4/5 years.
There have been concerns about recovering old formulas; every day there are more vermouth tastings; there are vermuteres; he is beginning to work in the world of cocktails with vermouths; and there is not a single publication of gastronomy and drinks that has not already done some report dedicated exclusively to vermouth.

What is the moment that vermouth lives from your point of view?

I think it’s a great moment, it’s fashionable and it’s very “cool” to know about vermouths.
The public is willing to try new labels and, fortunately, those who have been doing it for many years and we have emerged from this current vortex, every day we are more recognized and valued.

Winery with Legend. A century-old family business: wine and vermouth

The company was born as a wine, soft drink and delicatessen store, although in a short time it started to make its own wines.
In 1903 he moved to Calle Ventilla, in the old town of Haro, and there he remained until the move to the new headquarters in 2009, just outside the Rioja town.
One of the wines of the house, the Ventilla 71, pays homage to this historic location.

The winery can boast of having some of the oldest brands in Spain, such as Martínez Lacuesta (registered in 1908) and Campeador (1916).
They were also pioneers in international expansion.
In 1903, Emiliano Martínez Lacuesta, brother of the founder, toured America to open new points of sale there, crossing the Andean mountain range with a mule that carried the samples.
Since then the company has enjoyed little by little a serene growth. The fact of being a family business, has contributed to this.
The shareholder is composed of 68 shareholders, all of the same family and the succession has always been produced in a calm and consistent manner. 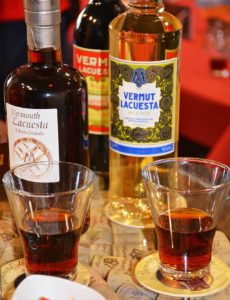 Among the major milestones of the company highlights the opening of the store in Madrid at the beginning of the century.
At that time it was essential to be present in Madrid, as it was and is the showcase Spain, in almost all sectors, but especially in wine and vermouth, which are the two great products that this winery commercializes.
When determining the secret of your success, this is based on the fact that you have managed to adapt to current trends, but without losing your identity.
An example of this is its commitment to vermouth. The winery has its own formula, which acquired a Catalan of Swiss descent, and has been manufacturing it since the 1930s.
Ten years ago, vermouth came back into fashion and Martínez Lacuesta decided to take advantage of this revival to give it a new touch.

The company is present today in 25 countries and invoices 15% of its sales abroad. A not insignificant percentage if one takes into account the fierce competition that lives this sector in the international plane. In countries where the wine culture is relatively recent, such as China and even the USA, it is highly valued that this winery is a family business with a history, and that they have bottles of 1922.
But what distinguishes this Winery from the rest is quality and above all homogeneity, being its DNA, with what any consumer can easily identify a Martínez Lacuesta, regardless of the vintage.