Anchovies from Santoña with their own name. Anchovies in butter, that is the novelty that ANCHOAS REVILLA has put on the market, it is about recovering a tradition of yesteryear.
The Miguel Ángel Revilla cannery, originally from Santoña, is the one that has decided to rescue this way of preparing anchovies.
But to know better where it comes from, it is necessary to go back to 1883, when a Sicilian cannery stepped on Santoña for the first time in search of anchovies, which in Italy were consumed almost massively.
While, in Spain, this fish used to be used as bait for fish that had a higher value in the market, such as the case of sea bream. 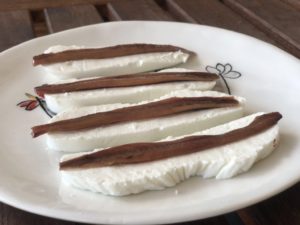 Anchovies from Santoña with their own name

The internationalization of anchovy 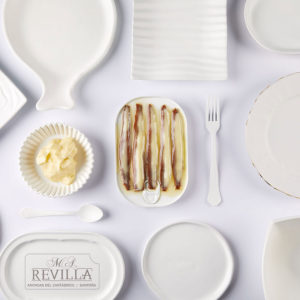 Given the interest that anchovy aroused among Italians, many people went to the ports of the Cantabrian Sea to buy them.

Store and preserve them and then send them salted to the country of the boot, where they consumed it with butter (to slightly soften its flavor, very salty).

They were normally kept whole and had to be cleaned at home afterwards.
To make their consumption more comfortable, the Italians began to serve the fish clean and in their own butter.

And it is precisely this aspect that they seek to recover from Revilla preserves.
They package their anchovies with organic butter that is tempered in 20 minutes and acquires an extra creamy texture. This butter also preserves the flavor of the anchovy and can be used for cooking.

Anchovy world capital. Anchovies from Santoña with their own name

The Cantabrian municipality of Santoña is considered the world capital of preserved anchovies, but its history would have been very different had it not been for Giovanni Vella Scaliota.
This salty man of Sicilian origin arrived in Cantabria in 1883 as an envoy from the firm Angelo Parodi, in search of anchovies with which to nourish the insatiable Italian salting market.

It was Neapolitans, Genoese and Sicilians who put in value a fish, the anchovy, which in Spain was used as bait for higher value catches in the market, such as sea bream, but in Italy was for mass consumption.
Vella Scaliota arrived in Santoña like so many other compatriots, who traveled to the ports of the Cantabrian Sea – such as Getaria, Bermeo, Laredo or Llanes – to buy, store and preserve the anchovy, which they sent to Italy for salting.
These men came to do the season and returned to Italy after a few months, but the Sicilian fell in love with a saint, named Dolores, married her in 1889 and settled in the town permanently.

Santoña and the origin of anchovy 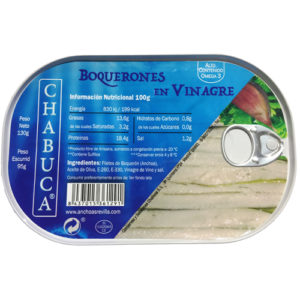 Once installed in Santoña, Vella Scaliota began to guess another way to market anchovy.
At that time, anchovy was preserved whole and it was the diners who cleaned it at home.

Since the fish was very salty, the Italians used to take it with a little butter to soften its flavor.
The Sicilian canner then thought of serving the already clean fish, skinless and boneless, in his own butter, so that the consumer only had to open the can and enjoy them. This is how the first canned anchovy was born: in butter.

The forgotten tradition. Anchovies from Santoña with their own name

These first anchovies were a success, but, given how expensive butter was, the Sicilian exchanged it for olive oil.

And so the anchovies that we all know today were born.
In 1900, Vella Scaliota begins the construction of what would be the first anchovy factory in Santoña, La Dolores, in honor of his wife.

The new technique of “sobado a mano” was successful and quickly spread throughout Cantabria.

In Santoña alone, more than a hundred Italian families settled. Becoming the port with the highest concentration of anchovy preserves in the world, with thirty factories that employed more than 800 people.

Today Santoña is still the world capital of anchovies and it is there that a cannery, named after the historical president of Cantabria, Miguel Ángel Revilla, has decided to recover the original Vella Scaliota preparation, canning the anchovies with butter.

“We started by looking for articles and getting a little information about the world of anchovies,” says Anchovies commercial director M. A. Revilla, Jaime De Diego. “We saw that the anchovy was served with butter and we wanted to take it up again.”

It has not been easy. “We have been testing until we have found the perfect butter to serve the anchovy, because not just any butter is worth it,” explains De Diego.

“In fact, at the beginning we had a problem and that was that we took the can out of the fridge and at one and a half hours, two hours, there was still a block of butter with the anchovies in the middle.”

The secret of butter 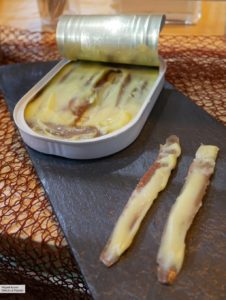 Finally, they found an organic type of butter, in collaboration with the El Andral pasiega company, which is tempered in 20 minutes and remains creamy.

The result, as we could see in the Gourmet Show, is extraordinary. The butter also takes the flavor of the anchovy and can be used for cooking.

How would it feel, for example, for these tortiglioni with anchovies, capers and paprika breadcrumbs?. We have to prove it.

New ideas. Anchovies from Santoña with their own name

The matter has more merit taking into account that Jaime De Diego, who runs the family business, has never dedicated himself to this: he is an air traffic controller. Now, the canning spirit runs in the family, since his great-grandfather did dedicate himself to anchovy and even had his own factory.

Anchovies from Santoña with their own name 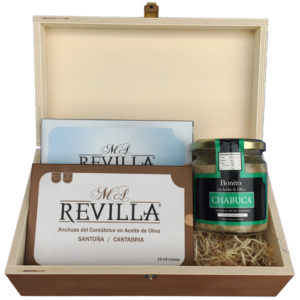 After the success of his buttered anchovies, which have aroused great interest in the Gourmet world, De Diego intends to continue innovating with his star product, but he does not want to reveal anything so that he will not be copied.
I met these artisan preserves recently, they seemed magnificent, sensational.
That is why I invite you to try them, to savor these wonderful marine steaks, which are a bite fit for kings.