Artisan cheeses coming of age. Spain has always been a land of cattle farmers, and where there have been goats, cheese has been worked as a way to take advantage of sheep’s milk.

From the Middle Ages to the present day it has been preserved as a traditional element that appears in numerous fiction books as part of the meals of its protagonists, as well as in kitchen manuals. 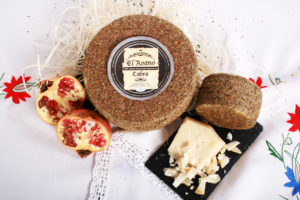 Goat cheese is part of the gastronomic and cultural tradition of our country. You cannot understand the character of the inhabitants of a place without knowing how they feed. In Spain, thanks to careful work such as that carried out by Spanish cheese factories. It is possible to boast of products that improve the lives of its citizens. 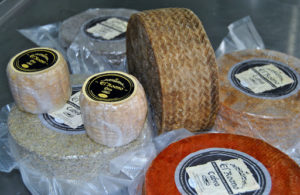 This artisan cheese factory produces in the traditional style, which has significant production limitations. “We have chosen quality in every way, and we believe in it for this great little family business”.  In the words of Pedro Giner, its owner.

This cheese factory is located between the fertile fields of Lorca, Murcia, where it produces in an entirely artisanal way excellent cheeses made with the milk of its own goats, from the native Murcian-Granada breed.

Although they have already dedicated more than three generations to the livestock, body and soul, the small family business barely started two years ago in the honorable profession of making its own cheese, reaping important awards worldwide in a short time.

Where is the secret of cheese

Still today, Pedro Giner tells us, when they ask us about the excellent quality of these cheeses, we respond the same as our people with their small flock fifty years ago. I tell them “The only secret is to work in the traditional way of always, knowing that we have in our hands the best imaginable raw material”.

The fundamental thing adds to us lies in the care in the feeding of our goats. This makes us grow our own alfalfa to supply it green and fresh. The aim is to obtain an unbeatable quality of milk. And we cannot deny it, we are enthusiastic about what we are and what we do ”.

Currently they produce more than a dozen different kinds of cheeses and, although it is difficult to decide which is the best, I am going to highlight that I personally liked blue goat cheese from raw milk from Murcia. Fine aroma and its texture in the mouth and its aftertaste after tasting it.

Within this great variety of cheeses, this cheese factory is made. 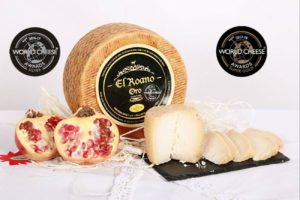 These cheeses Giner tells us are his “flagships” with a world silver and a world bronze awarded in November 2016. The one made from raw milk was also invited to the exhibition of the best European cheeses in this category in 2016.

This type of cheese is also made with an 8-month cure of raw milk (2-kilo cut ball, 300-gram balls and 300-gram olive oil ball). The same but with a cure of 9 months (wedge format 250 grams and cut ball of 2 kilos). This product was recently chosen in the “CapraEspaña Internacional 2017” Championship, as the cheese best valued for its flavor and aroma. 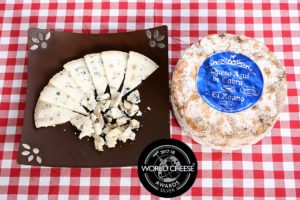 And also deserves a comment its semi-cured cheeses, which make them in wedge format of 250 grams, 480 grams and 2 kilo cut ball. These cheeses are the ones that have received the distinction among the 13 best cheeses in their category at the International Gourmet Show 2017, in which their authentic origin has been recognized due to their very Murcian nuances.