Brandys and cigars an exceptional pair when combined properly. For those who love cigars, a good cigar after meals with a good brandy is a unique moment.
The brandy served in a glass of a table, is an extra pleasure. It helps to have a relaxed and enjoyable conversation.
Let’s know a little more about each of them. 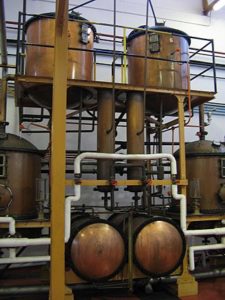 Brandys and cigars an exceptional couple

The word brandy comes from the Dutch brandewijn, which means “burnt wine”
It is a brandy obtained by distilling the wine.
It usually has an alcohol content between 30º and 40º, being able to overcome this.
Brandy is regulated by community laws, so, in order to be marketed under that name, it must meet the requirements that such regulation contemplates.
One of them is that it must be obtained from “wine brandy”. The countries that are currently hosted, are: Austria, Italy, Spain, Grace, Germany, and even France.

Not to be confused with the famous Cognac wine spirits, which, being brandys in terms of aging and alcohol content, refer exclusively to those produced in the Cognac area.
Therefore, the great difference between one and another is that one is generic (brandy), of some regulations, and the other is also circumscribed to a specific area.
It can not adopt the name of “cognac”, no wine brandy, which does not come from that particular geographical area (Cognac).

It is said that in Gracia and in Rome, there were already brewings similar to brandy. In modern history, the brandy we know, appears in the twelfth century, and began to be commercialized in the fourteenth century.
The wine was distilled to favor transport. Later it was discovered that, if it was stored in wooden barrels, it improved its flavor remarkably.

This is produced by leaving in appropriate containers that produce the natural reactions, to provide the beverage with the organoleptic qualities that it did not have before the beginning of the process.
It is the most important process, since the brandy to be marketed with that name must be aged. Undamaged wine spirits are called “holandas”.
The brown color of the brandy, is produced by its exposure to the air in its aging process. Subsequently, a dye called “caramel” is added from the sugar, which accentuates the color.
The contact with air depends mainly on:
– The size of the container used
– Oak used: the oak conveys flavor.
– And of the trasiegos realized: the more the better.
In brandy Cognac, the racking is done following the instructions of a maitre.

Depending on where we are, this terminology means a different thing.
So in EEU when we see on the label a reference to a fruit “Brady peach” (fruit brandy) means that it is the fruit in particular that generates alcohol.
By contrast in Europe when we read “apricot brandi”, we mean that this fruit has not brought any alcohol to drink, but that all alcohol comes from brandy. In these cases we are not facing an “apricot brandy”, if not before a “apricot liqueur”.

They are those that obtain by distillation less than 95% volume of fermented mass of whole grain cereals.
The best known are made in Germany and are called Korn
It’s great difference with the wiskis, is that in the latter the grain must be malted and aged. There are no white whisky.

They are those obtained from raisins. Therefore, they are also known as “raisin brandy”.
Normally, Corinto grapes or Muscat of Alexandria are used to obtain them.

The styles of Brandy

Different are the places where brandy is produced and each one in a different way. These are:
-France: are the most known worldwide, Cognac and Armagnac
-Spain: occur in the areas of Jerez, Tomelloso and Penedés
-California: uses the systems of Jerez de soleras and “criaderas”
-Greece. They are flavored brandis, The most famous is called Metaxa
-Chile and Peru: are grape spirits obtained by distillation of white and pink strains. 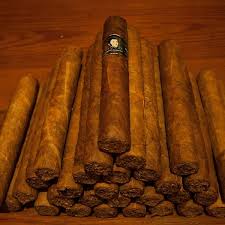 They are pure whose 100% of the tobacco that composes it is cultivated and manufactured in Cuba.

The quality of cigar cigar is determined by the quality of the leaf and this in turn depends on:
-weather
-Soil
– the good work of Cuban farmers and “torceadores”
Never a seed taken from Cuba to another place, has given the quality of a leaf of tobacco raised and produced in Cuba.

Cuba is located in the middle of the Caribbean, very close to the Tropic of Cancer, with an average temperature of 25ºC all year round and a humidity of 79%. This brings rain in the western region precisely where tobacco is grown.
The cultivation process begins in the seedbed, where the seed of the plant is deposited and then germinated. Length of stay in the nursery is approximately 40 days. Later in the month of October he moves to plant.
Leaf harvesting takes place from 40 to 80 days after planting.
Once the leaf is collected, it goes through the drying and fermentation phases.

The drying of the leaves in the galleys continues.
These works are usually performed by women, for their delicacy in the treatment of the leaf.
After drying, the leaf that basically removes the vein that crosses the leaf of the tobacco is “unpacked”.
Subsequently the sheets are classified again in the 3 known types:
*Dry
*Flown
*Light
These three types are the 3 leaves that make up a cigar cigar.
After sorting, they are deposited for fermentation, in order to remove unwanted chemical elements such as ammonia from the leaf.
The process ends, when after a while (different in each manufacturer), the sheets are taken to a “torcedor”, which is the person who makes the cigar.
The cigars already manufactured, are once again aged and once tested, are classified by quality, and are packaged in boxes for marketing.