“City of Sansueña” A Solemn Cheese. Part I. It is among the most accredited in Spain and they are the “flagship” of most of the food pantries of restaurants, gourmet shops and specialized in cheeses, as well as private homes. The LÁCTEAS ZAMORO cheeses are protected by the Zamorano Cheese Designation of Origin.
Having very recognizable elements. The main raw material is 100% milk from sheep of the Churra and Castilian breeds raised in the province of Zamora, where 20% of all Spanish production of sheep milk comes from.
It is a matured, fatty cheese with a buttery texture on the palate, persistent aromas and some not very spicy notes. Its flavor is a balanced mix between sweet and acid nuances. 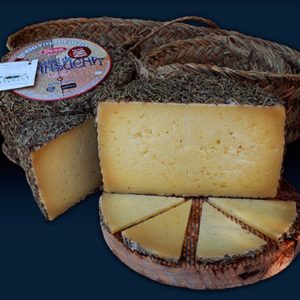 “City of Sansueña” A Solemn Cheese

This special and unique cheese is a delicacy that can be tasted slowly throughout the year, due to its smooth and homogeneous texture Lácteas Zamoro, was born in 1997 in Santibáñez de Vidriales, in the region of Benavente and Los Valles, this company started thanks to the hobby and great enthusiasm set by its founder, Juan Uña Prieto, in wanting to make a unique and exclusive cheese one hundred percent sheep, which is made from raw sheep’s milk characterized by its homogeneity and unique flavor.
This veterinarian by profession and with his family’s own livestock, considered making cheese because it had an excellent quality raw material. The idea of ​​starting a business in the rural world had always been present in his mind and with Lácteas Zamoro he has made that dream come true.
To the point that a phrase from the writer Isabel Allende appears on the label they carry as a seal that says “Cheese is milk with bacteria and everything else is illusion.”

The beginnings were not easy, recalls Juan Uña, they were processes “rigorous, insecure, difficult, laborious and tired” until seeing the light. Despite the start, which was a bit tortuous, the owner and alma mater of this cheese factory tells us, “but with the illusion those first years were also extraordinary”, because living day by day and seeing how my project was a reality I am a significant challenge for both myself and my entire family.
Since that year 1997, Lácteas Zamoro has been manufacturing and marketing the aged cheese from raw sheep milk CIUDAD DE SANSUEÑA, a product that it produces in various formats and presentations.
With an annual production of 1 million kilos, this product is marketed nationally in both hospitality and food. Furthermore, the company has just started its international trade and exports its product to Germany, France, the United States, England and Belgium.

Technological advance and its facilities 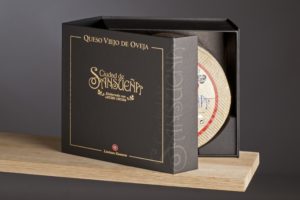 The Lácteas Zamoro facilities, which occupy 6,000 square meters, combine innovation and technological advancement with artisan processes in the production of cheese. The company is committed to technological advancement to increase the quality of its product.
“Before making the leap to this technological advance, we carry out thousands of tests to be absolutely certain that our product will improve,” explains Juan Uña. Otherwise, they continue with the artisan processes.
Factory also has a great human team made up of 22 workers. The project is also made up of farmers who sell their raw materials to the cheese factory.
Objective of Lácteas Zamoro is to maintain and even increase its production a little, boost the international market and continue to work with enthusiasm, with the aim of innovating and continuing to improve its product.

Lácteas Zamoro is a company with more than 25 years of experience and dedication to the production of raw milk sheep cheese.
A family business, with modern facilities, in which traditional production methods have been perfectly combined with the adaptation of new technology and constant renewal to market demands.
The company’s main asset is the cheese itself. A unique cheese.
But the final result of this unique cheese starts from a rigorous selection of the raw material, milk. For this reason, Lácteas Zamoro has a team of veterinarians that controls the health and nutrition of the sheep from the beginning. And also has a quality department that daily analyzes each entry of milk made to the facilities.

The most important asset of “Ciudad de Sansueña” A Solemn Cheese.

Another very notable asset is that Lácteas Zamoro produces only raw milk sheep cheese. This is their only product. Therefore, all research efforts, quality improvements, development of new formats, etc. they are focused on a single product; raw milk sheep cheese.
It is not a secret that to get a great cheese you have to start with the best milk. Sanitary control, natural nutrition and the principle of animal welfare make our sheep a unique livestock, Juan Uña points out. And it tells us that “CIUDAD DE SANSUEÑA” is a Zamorano cheese with a special character, whose fermentation takes place with the milk’s own natural bacteria, without the addition of preservatives or ferments. A careful artisan production in which we incorporate the highest technology, complying with the strict health and quality regulations of the EU. 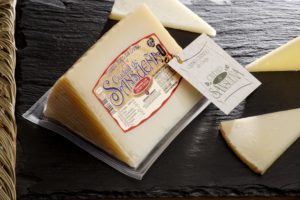 Our best asset is our cheese, declares the owner of this Zamora cheese factory, it is one of a high quality cheese, due to a rigorous selection of milk and high sanitary controls. It has an intense, pure and The only one with an unmistakable and identifiable aroma that in turn does not itch in the mouth. This is the “Ciudad de Sansueña” cheese.
Zamorano cheese is traditionally made from sheep’s milk. Although there is already evidence that cheese was made in Roman times, the oldest references that we have of making this product date back to the 11th century. The Christian repopulation of the valleys that are today part of the province of Zamora. “City of Sansueña” A Solemn Cheese.