Jam made with love. The history of this family business MONTSERRAT RULL, begins in the nineties of the last century in Alforja, a picturesque town in Baix Camp, Tarragona province.
Although the hazelnut had been in crisis for several years in the main crop – almost the only one in the municipality – the prospects for the future were very bad and Joel Salvat, and his family, thought that alternatives had to be found.
And that’s when the light bulb went on that the quince crop could be expanded. It was a tree that in a very small scale was present in all the games of the term, and that it resisted very well any excess of the climatology: cold, heat, drought or other environmental factors. In addition, the fruit, the quince, was very easy to make – all the grandmothers made quince meat in their houses in the area. 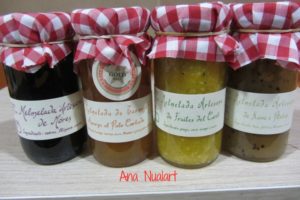 Jam made with love.

In July 1995 we obtained all the administrative and health permits and we began the adventure, tells JOEL SALVAT, the youngest of the children, current owner of the company.

We liked our product and soon, in December, we expanded our activity to make jams and artisan nougats. The company had become large enough to be able to support itself thanks to my mother MONTSERRAT RULL, who bought, manufactured, and sold its manufactures. We worked according to demand and without pretending to grow since the generational change was not clear.

The past of the company 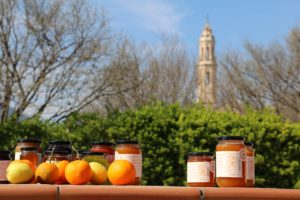 But the story changed and this whole family project began to show signs of continuity. When Joel tells us in 2003 to take charge of the project that my family had started, after graduating in Technical Agri-Food Engineering from the URV. Starting a new story in the food world on the road to renewal.
This engineer-businessman explains to me that his new line is to try to merge tradition and innovation to renew ideas to give him a broader vision in this increasingly competitive and individualistic world.
But, within his interest in this world, Joel Salvat continued to form. In 2005 he graduated in Oenology, a discipline closely related to the conservation of vegetable and fruit products.
Also doing this specialty helped me, it aims to sharpen my palate and above all fundamental to be able to understand the biochemistry and composition of fruits.

The changes that redefined our company from then on, Joel tells us. Had an effect on the ease of access, and on the spaciousness of the spaces. But it was in 2010, when the current manager tells us “our single-family company made the leap and into a new dimension”.

To learn more about the present, the past and the future of MERMELADAS MONTSERRAT REGUL, we have had a talk with JOEL SALVAT, current head of the company, in which he tells us that what “we care about are our customers and we want to be important to them.

How is the future presented in the  Sector 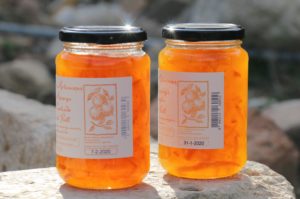 The year started better than the last, what we are in right now is in a situation that we do not know how it will end, food is not as subject to crisis as eating has to be eaten.
Spanish generally has no predilection for jam when choosing a breakfast, it is more subject to a leisurely breakfast, as we usually do on Sundays and holidays or during the holidays.
Artisan food products are increasingly introduced in our fridges and pantries.

The differences between national artisan jams and others. 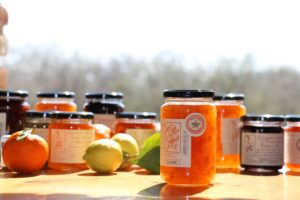 Good as a reference the English differ, jam (Marmalade) from Jam (Jam). That is because citrus fruits generally have much more pectin than other fruits. And with them you can make marmalade (which is technically more like a jelly with candied skin floating inside)
Countries with cold weather are more attached to jam because they have to accumulate food for the harsh winter. Here the climatic rigor is not so pronounced and for these we are Latino and more carefree. The Japanese have a lot of technique in their making and they also have a lot of art with the knife and the julienne cut is more perfect than most.

Here in Spain we have very high quality fruit and we can make our products with freshly picked fruits, with their ideal point of maturity.
As a jam maker I think it should be mandatory to participate in the “Dalemin Mainson Awards”. This year we have obtained 3 Gold and one Silver medals. Third gold and second consecutive for the bitter orange at Palo Cortado;
– I pray for bitter orange with Matcha tea;
– I pray for the Limequat jam and
– Silver for bitter orange with anise.
And to finish he tells us my jam only has “FRUIT, SUGAR AND LEMON”.