Weird wine smells. We often perceive odors in wine, which make us hesitate to drink it. Below we detail the most characteristic odors that occur in wine. 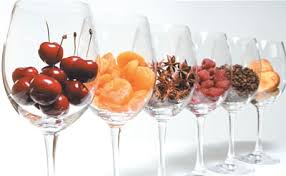 In general, it is considered an unappealing odor. However, a similar aroma is present, and easily recognizable, in high quality aged “Rieslings” wines, which are even part of collectors and wine lovers.

Similar aromas, we can perceive them in some young red wines made with the “Syrah” variety. Actually, we are smelling the sulfur compounds, they are harmless odors in wine as long as they are not intense

It is not an aroma that is commonly attributed to wines, but we can distinguish soft notes in red wines with “Cabernet Sauvignon”. If they are intense they contribute to a decrease in the quality of the broth.

It is the aroma that we will most frequently find in red Bordeaux wines.  Is developed by the combination of the “Cabernet Sauvignon” grape, which can often smell of tobacco, with the aromas of “Merlot”, “Petit Verdot” and “Cabernet Franc”. It is also a smell coming from the barrel in which the wine was aged. The result is a smell of tobacco that even reminds us of the box of cigars or cigars.

Especially detectable in “Chardonnay” wines, rich and of quality, with a lot of presence of fresh butter. In red wines “Tempranillo” and “Merlot”. In short, in wines subjected to a second fermentation called malolactic.

Aromas related to wines aged in barrels, with evolution in the bottle and of great age. They keep different shades: wild leather, fresh leather goods and Russian leather. Varieties with the presence of these smells: “Monastrell”, “Tannat”, “Tempranillo” and “Syrah” among others.

One of the favorite and most pleasant aromas of wine. Aromatic note characteristic of the “Gewürztraminer”, “Moscatel” and “Nebbiolo” varieties.

It is an organoleptic defect that arose at different times during winemaking. They are dirty smells with animal connotations that cancel out the fruity and varietal aromas of the wine.

Very low perceived odor due to the molecule that causes it, 4-methoxy-2-methyl-2-mercaptan butane. There are plants with smells reminiscent of cat pee, such as valerian root or boxwood. Particularly characteristic of one of the noble grapes, “Sauvignon Blanc”. It will be present in high quality wines, if its manifestation is subtle and does not harm the rest of the aromas. However, it will be considered a vintage defect if the smell is strong and persistent.

It is one of the most frequent defects in wine, the most unpleasant and easy to identify. Its odor is caused by hydrogen sulfide and mercaptans. Sometimes aeration of the wine helps. 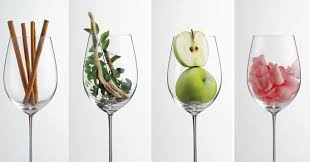