Wine and coeliacs, their relationship and incompatibility. Fortunately we can say that in general, wine is not incompatible with celiac people.

One of the newest diseases and of great extension in our days, is not affected by drinking wine. 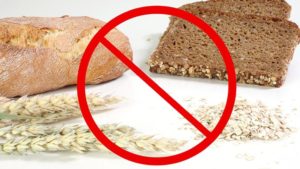 Wine and coeliacs, their relationship and incompatibility

It must be said that the disease of celiac disease, which is so widespread today, has always existed, what happened is that it was not known, and its effects were attributed to many things.

Celiac disease is a disease of the digestive system that damages the small intestine and prevents the absorption of vitamins, minerals and nutrients that food has.

Celiacs are people who do not tolerate gluten from food, and therefore must be extremely careful in the food they eat.

Gluten is mainly in wheat seeds, therefore, everything that is made with wheat flour is prohibited for these people. 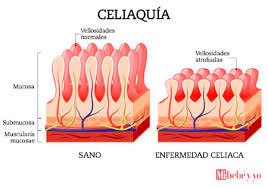 Its diagnosis is not easy to know, since the systems presented by celiac people tend to occur in various other diseases.

The way to confirm the disease is to study a biopsy of the mucosa of the small intestine.

There is a genetic component, so its appearance is more frequent in certain families.

The only treatment of celiac disease is to avoid all those foods that contain gluten, even in minimal quantities.

Bread, pasta and products derived from wheat, rye and barley should be avoided

Foods that can be taken

Foods that CANNOT be taken

GLUTEN foods: wheat, barley, rye, bread and derivatives, buns, cakes, pastries, cakes, cookies, biscuits, pasta (noodles, macaroni, noodles, spaghetti …), dried figs, communion wafers, manufactured products in which any of the flour already mentioned in any of its forms (starch, protein, starch or starch), beer and beverages distilled or fermented from cereals (such as whiskey or vodka) enters its composition.

We can say that the most generalized systems are vomiting, diarrhea and weight loss. Also often appear lack of appetite, nausea, growth retardation, meteorism and abdominal pain.

However, depending on whether the patient is a child, adolescent or adult, the symptoms may vary.

In children, it is common to find defects in tooth enamel, anorexia and fragile hair.

Late adolescence is recorded during adolescence (girls are late for the first period), headaches or constipation.

And the Wine ? Wine and coeliacs, their relationship and incompatibility 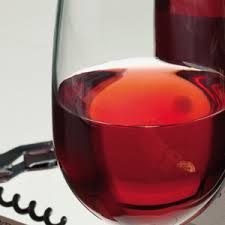 Wine is a drink suitable for celiacs. Since its elaboration is based on fermentation of grapes, there is no problem of intolerance.

And we do not distinguish between red wine, or white wine, or rosé wine since all of them are perfectly drinkable by celiac people.

Therefore, celiacs should not be afraid to drink wine. From here we encourage you to drink this wonderful drink that is obtained from the grapes.

And the Sparkling Wines

All sparkling drinks, cava, cider and champagne are also suitable for celiacs. We remember again that they must be drinks in moderation, since we know the effects that bubbles sometimes produce.

In general, wines can be taken by celiacs.

However, it is worth reviewing and commenting that, in some wineries, the barrels were formerly sealed with wheat paste. And therefore there could be a risk of contamination by the wine.

Today, this practice is eliminated almost entirely, and especially in well-known brand wines, which are increasingly sensitized to the effects of wine on health.

Celiacs do not have any dietary problem derived from a gluten-free diet, since the proteins of the cereals that are avoided are not indispensable for the organism.

The wine and the celiacs, their relationship and their incompatibility, after the explained we can say that there is no relationship between both concepts.

Therefore, celiacs can drink wine quietly, without being harmed to enjoy this wonderful drink.