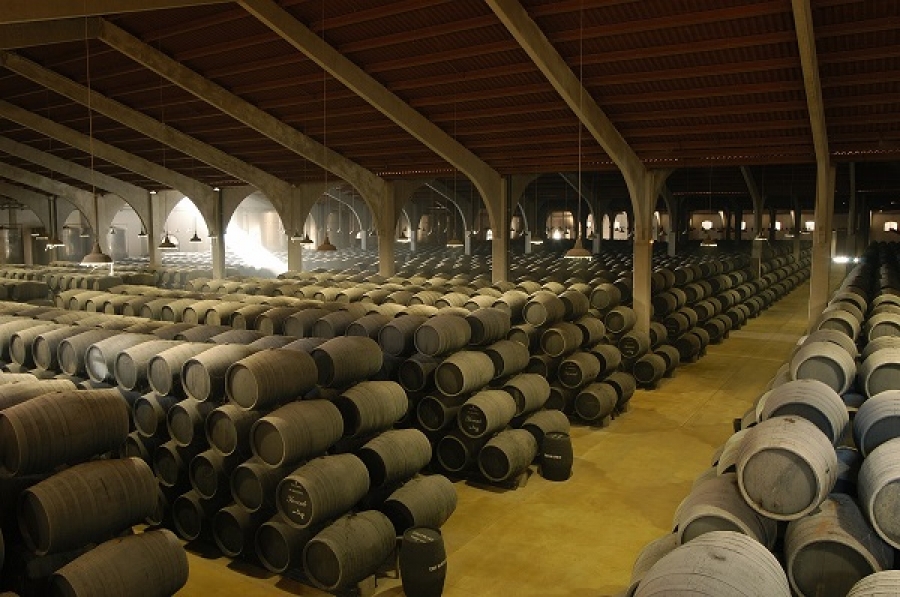 Wines from the Grupo Estevez winery

Bodegas José Estévez SA They are the successors of the firm José Rendón and Firewood Company, established in 1809 and dedicated to raising Jerez and Brandies.

In 1894, the main shareholder of the company Mr. Ruiz, I changed the name of the company for his own, Felix Ruiz and Ruiz, SA, and also expanded the business to Northern Europe and South America.

Since 1974 the Estevez family controls 100% of the company. In 1984 it was decided to change the company name to the current JOSE ESTEVEZ, SA. This company, family-always, has given great importance to the aging of its wines, caring for them with great care and interest.

In 1982 José Reyes Estevez of buying a major package of shares of the MARQUIS OF REAL TREASURE Wineries, and in 1985 the Estevez family takes control of these wineries, giving it a strong and important economic, financial and professional boost, coming in 1989 to have 95% of the shares of the Company.

The same year 1989, the Estevez family devised a plan to merge the two companies, JOSEPH ESTEVEZ, SA and MARQUIS OF REAL TREASURE SA, investing in a very new installations that currently. These facilities involve the creation of new offices, aging cellars, bottling plants, refrigeration, warehouses, laboratories and controlled fermentation. This new restructuring makes new Bodegas ESTEVEZ JOSE, SA You are equipped with the latest machinery and technology in the country. Following this philosophy of expansion, in May 1993 it acquired the international brand FINO TIO MATEO, as well as all their sills, in September 1999 it acquired is one of the oldest wineries in Jerez, AR VALDESPINO and 2007 blocks control companies Rainera Children Pérez Gil Marín and M. Luque, owners of the famous Manzanilla de Sanlúcar "Twine" market leader.