Dehesa LOS LLANOS: The most awarded cheese in Spain. If there is any more awarded cheese in Spain, that is CHEESE DEHESA DE LOS LLANOS. Since 1893 he has been making cheeses with a commitment to nature and tradition.
This policy, carried out for many years, has been achieved as the director of the Commercial and Marketing Department, Ana Simarro Candel, points out:
“We are the only active cheese factory in Spain that has received the Best Cheese in the World award at the World Cheese Awards 2012 for our Gran Reserva.”
This executive of the Cheese Factory tells us that the Dehesa de Los Llanos project is a 10,000 Ha farm.
Founded in the 17th century, located in Albacete. We are farmers and ranchers. 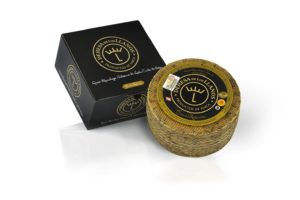 Dehesa LOS LLANOS: The most awarded cheese in Spain

We grow mainly: cereals, fodder, fruit and vegetable (broccoli, spinach, onion, garlic, corn, peas …), fruit trees (olive, walnut, vine and cherry …) and aromatic.
And, more than 12 years ago we started to make our cheese using exclusively the milk of our cabin that is fed in 90% of our crops.
Its main features point us ANA SIMARRO, is that we make a cheese D.O. Artisan manchego of raw milk and natural crust.
It does not contain any additives: only milk, rennet, lactic ferments and salt. We have eliminated egg lysozyme. It is suitable for celiacs, allergic to eggs and lactose intolerant. 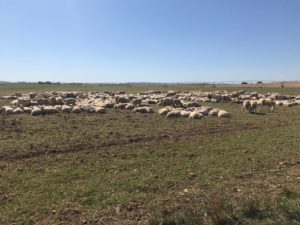 The Dehesa de Los Llanos farm, located just 5 km from Albacete and with almost 10,000 hectares, is dedicated to agriculture and livestock since its establishment in the seventeenth century.
Today, these fundamental pillars define the personality of our cheese, made exclusively from the raw milk of our own livestock that is also fed with our pastures and forages, thus closing the circle of integral elaboration.

In Dehesa de Los Llanos history is mixed with legend. Over the centuries the farm has become one of the main meeting points in the economic, social, cultural and religious life of Albacete.
Their lands have been, from place of pilgrimage and pilgrimage, Franciscan convent and headquarters of the Albacete fair, to residence of the Marquis of Salamanca, the Marquis of Larios and the Marquis of Paul.
Legend has it that here the Virgin of Los Llanos appeared, patron of the city of Albacete. From this moment on, this was a destination for pilgrimages and pilgrimages.
In 1647, a congregation of Franciscan monks was established in Dehesa de Los Llanos, dedicated to agriculture and livestock, in addition to creating intense commercial relations.

The change of owner

Once the lands were expropriated, with the confiscation of Mendizábal, they ended up at the hands of the Marquis of Salamanca, who personally insisted on their acquisition, since these lands had an important meaning for him.
The presence of the Marquis of Salamanca coincided with one of the moments of maximum splendor of Dehesa de Los Llanos.
Time passed, and the Marquis of Salamanca fell into ruin. From 1893 José Aurelio Larios Larios bought the property and, since then, it has been kept as family property.
In 1974 he joined the Sociedad La Humosa S.A. which groups all the family’s agricultural activities and in 1993 is integrated into the Mazacruz Group, to which it still belongs today.
Nowadays, in addition to cheese, it produces wine, olive oil, honey, pickled partridge and nuts. 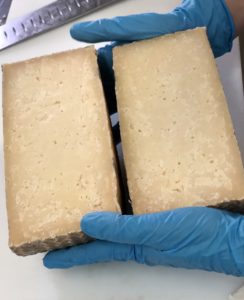 Ana Simarro, tells us “our philosophy is to elaborate from our raw materials first quality products and with the character / personality of the Estate.
To achieve this goal we commit ourselves – he points us out – to take maximum care of the raw materials from the beginning, all of them come from the Dehesa itself.
Another important factor that this cheese factory has is that the production methods with which the cheeses are made are the traditional ones that add value to each of the products, the marketing manager declares.
Technology is also present in this factory in which the latest technological advances compatible with the own manufacturing characteristics are used.

The basis for getting an excellent cheese is the quality of milk, Ana Simarro tells us, all our cheeses are made with raw milk that comes exclusively from the herd of the farm itself, thus preserving its natural ferments that favor personality and firmness In the typical flavor of our products.
To get this quality milk, the cattle are housed in optimal conditions and feed on the best fodder, grains and aromatic plants, also grown in the Dehesa itself.
This gives cheeses a unique and special touch.
Each of our cheeses passes at least ten times through the hands of the artisan, receiving a personalized treatment according to their characteristics.
Only the parts of the process that improve the final result with respect to the manual method have been machined.
The control of the entire process allows us to meet our high standards of demand. 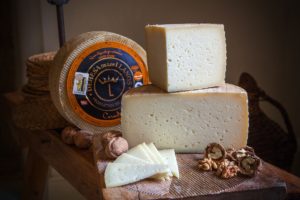 In addition to the feeding of cattle and the quality of milk, the secret that makes Dehesa de Los Llanos cheeses unique is a careful elaboration and maturation process in which technology joins the traditional procedures for obtaining artisan cheese. in which flavor, aroma, texture and nutrition are developed always guaranteeing the quality and health of the product.
In November 2012, the curation of the Gran Reserva de Dehesa de Los Llanos (D.O. Manchego Artesano) was awarded the recognition of the Best Cheese in the World at the World Cheese Awards, the most important international event in the sector.
An exceptional award that adds to those that Dehesa de los Llanos accumulates in the great national and international awards.

In the cheese factory, next to the Gran Reserva, Dehesa de los Llanos elaborates two other cures of its cheeses:
Half Cure (with at least three months of cure) and Cure (from six months).
All under the Designation of Origin Manchego Cheese Craftsman.
Cheeses that also accumulate awards in the great international competitions.
For the CEO, Carlos Gutiérrez-Maturana-Larios Altuna, everything we do can be summarized in this sentence:
“Our maxim is to bring the best of our land directly to your table.”

Respect for the environment 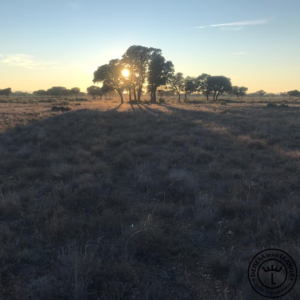 Dehesa Los Llanos: The most awarded cheese in Spain. One of the maximums that this company has is to protect the environment and the natural environment of Dehesa itself.
Each of the activities carried out in Dehesa de Los Llanos (agriculture, livestock and hunting) will limit itself for the benefit of the others thinking of the whole and favoring biodiversity and environmental conservation.
Among the commitments acquired is local development, favoring the social and economic development of the local environment.
Dehesa de Los Llanos collaborates with various organizations that try to improve the living conditions of the most disadvantaged and at risk of social exclusion from the city of Albacete.
And also in its business philosophy is the commitment to the research of the agri-food industry.